This is probably the worst news that we have ever had to release on behalf of the Modded Minecraft TTT server. After the new update to Garry’s Mod, a series of unfortunate events followed one after the other to lead to the big problem we now have. Here’s what happened.

After the February 26th Garry’s Mod update, which fixed a lot of bugs, serious issues started to occur on our TTT servers including lag and problems with the pointshop. To date, we have always kept our information such as Bans, Pointshop, and Player Scores on SQLite, which is a local database stored on all of our servers. After this update, all of our data on the servers was inaccessible, and we began migrating to SQL, which is stored on our web servers.

When the data for the MCTTT pointshop was uploaded today at around 5 PM, Pointshop returned an error and was unable to load our data. This could have meant two things, either pointshop was broken or our data was corrupted. When we tried a fresh new database, the worst was realized. All of our data for pointshop was corrupted, and unless we sifted through thousands of lines of code, is was unretrievable as well. To hopefully aid in the process, we will try to maintain support for those who donated. Also, if a staff member remembers what other items you have, we will also take that as proof of ownership. Otherwise, we will have to start fresh, as a community. We are terribly sorry for any inconveniences this may have on our user base, and we will try our best to not let this ever happen again. 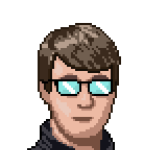